We made it. 30 years in business

Thank you to everyone who has supported us along the way, your loyalty has not gone unnoticed.

Take a trip down memory lane and see how far we've come.

Like all good tales of New Zealand ingenuity, the Working Style story revolves around satisfying a basic human need: the need to have a sartorial edge over your fellow man.

Chris Dobbs and Tania Nevill first harnessed this primal urge in 1987, when they began selling made-to-measure shirts door-to-door. For Chris, this was initially to fill the time between the end of his business degree and the beginning of his career, and then because he recognised you didn't need a career when you could have a business.

After conscripting brother Tim to the cause, the Dobbs boys took their made-to-measure market niche by the horns and rode it through the streets of Auckland to 523 Parnell Road, an address that is still the flagship site for Working Style.

Suits followed shirts, then casual wear and accessories joined the fray. Before too long, a man could walk into Working Style and leave with a totally new view of himself. Distinctly dapper, but with the underlying feeling that he could do a valve grind at short notice if required.

Guided by directors Chris Dobbs, Tim Dobbs and Andrew Cole - Working Style now has its eye on attaining a presence beyond the shores of New Zealand, one well-shod step at a time. 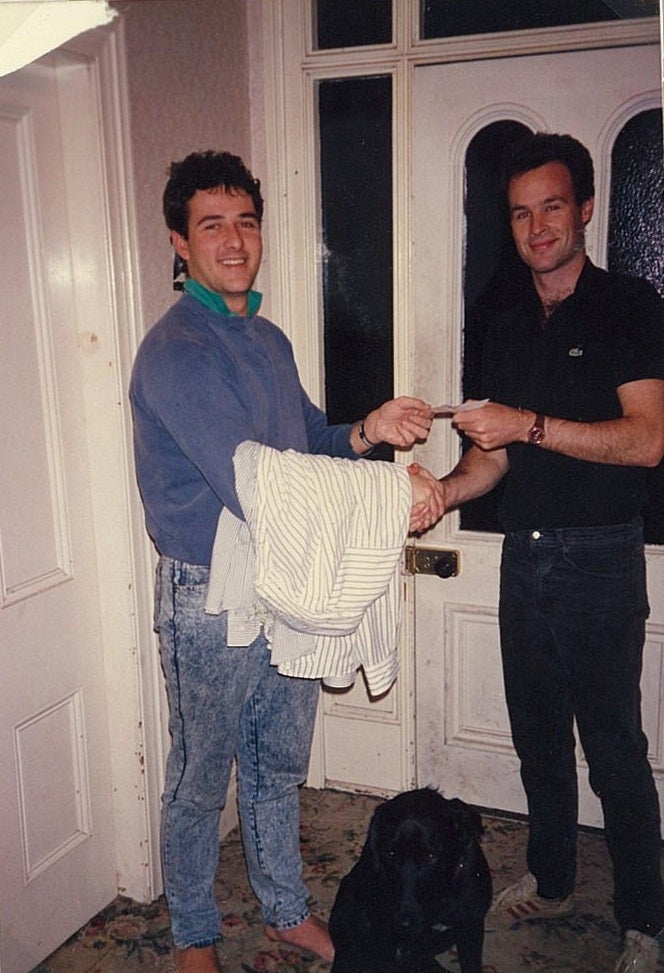 The first Working Style shirts sold to Trevor Pye, 1987. Taking things full-circle, Trevor's son since went on to work part-time at Working Style during his studies. 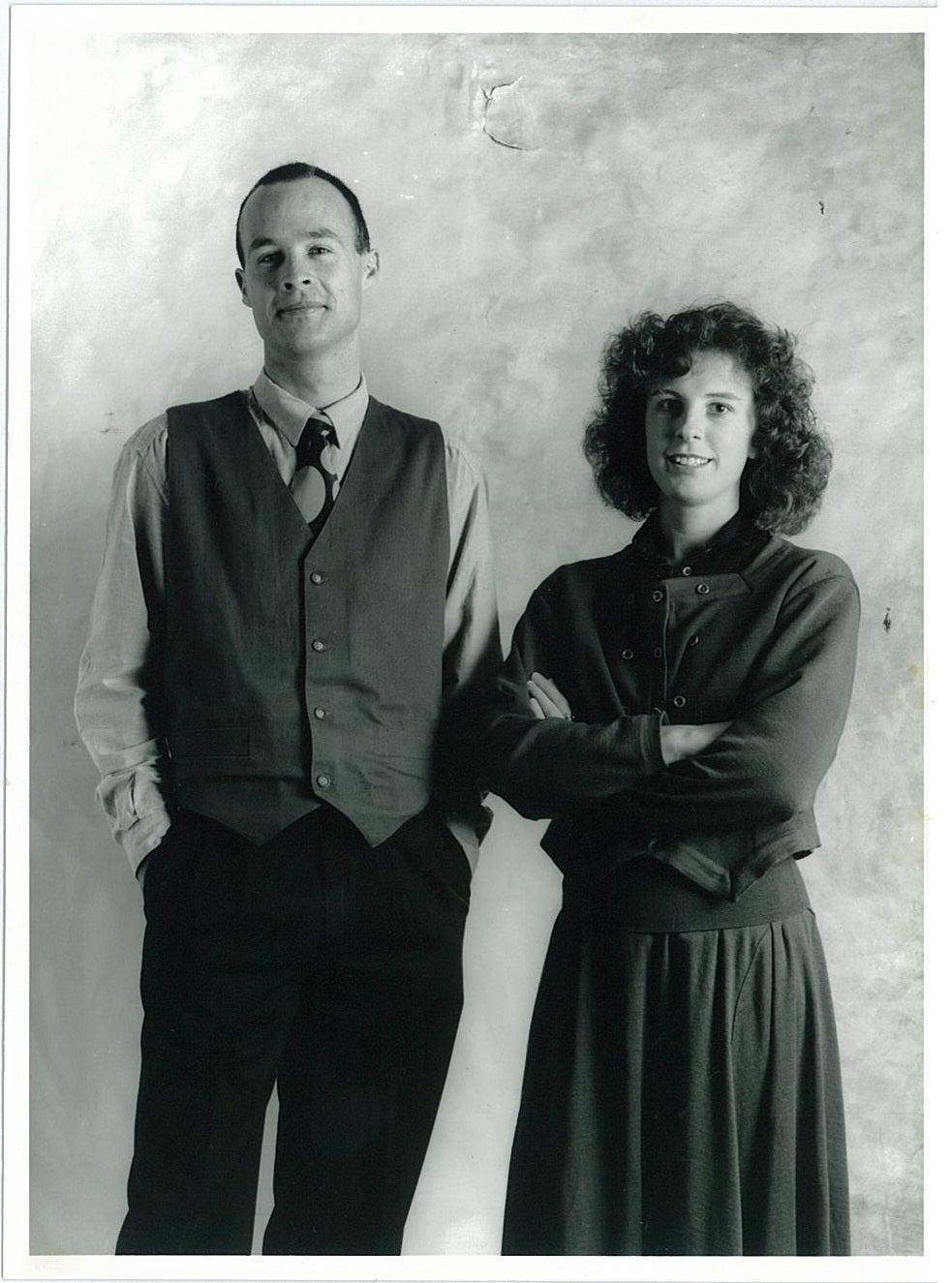 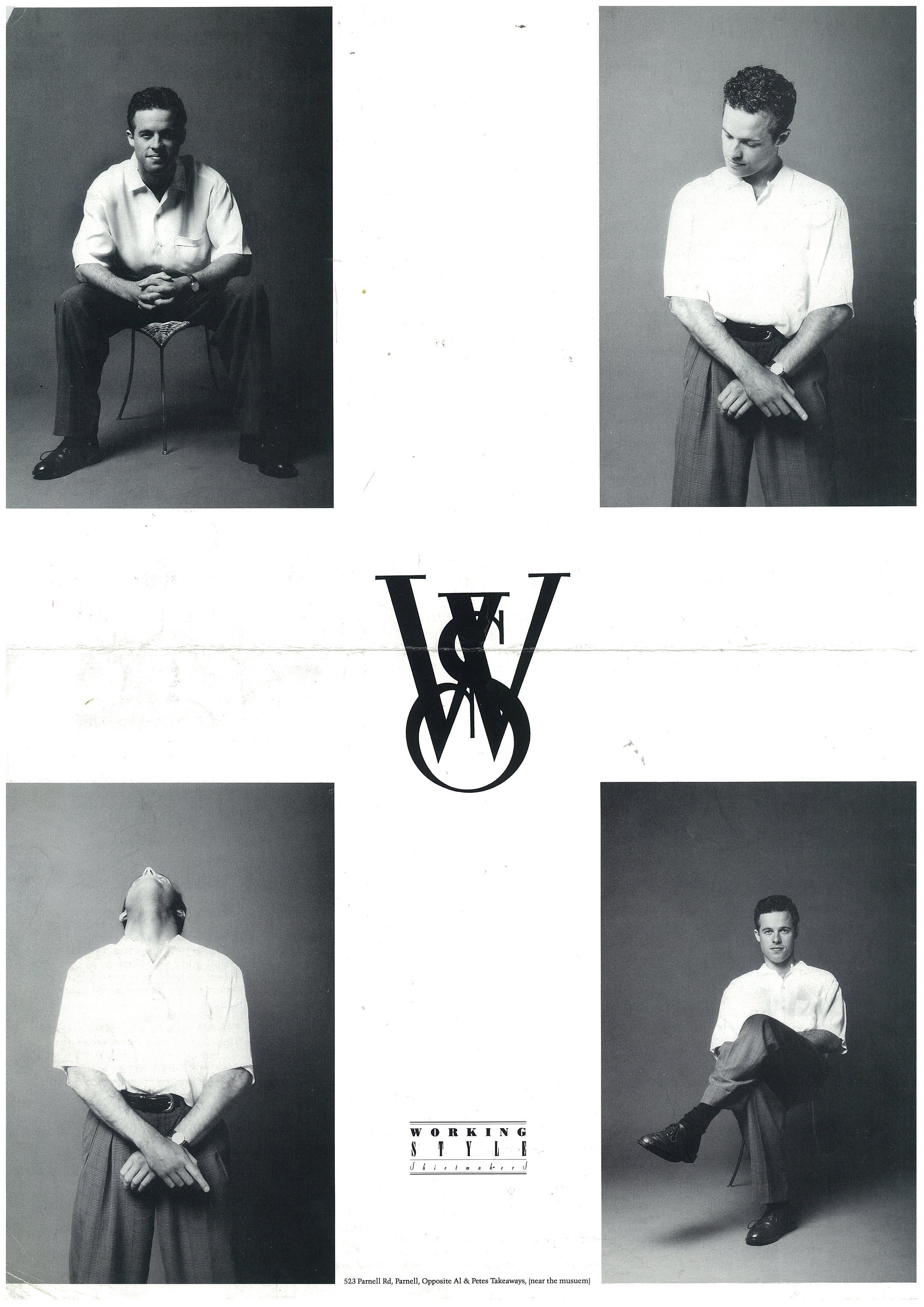 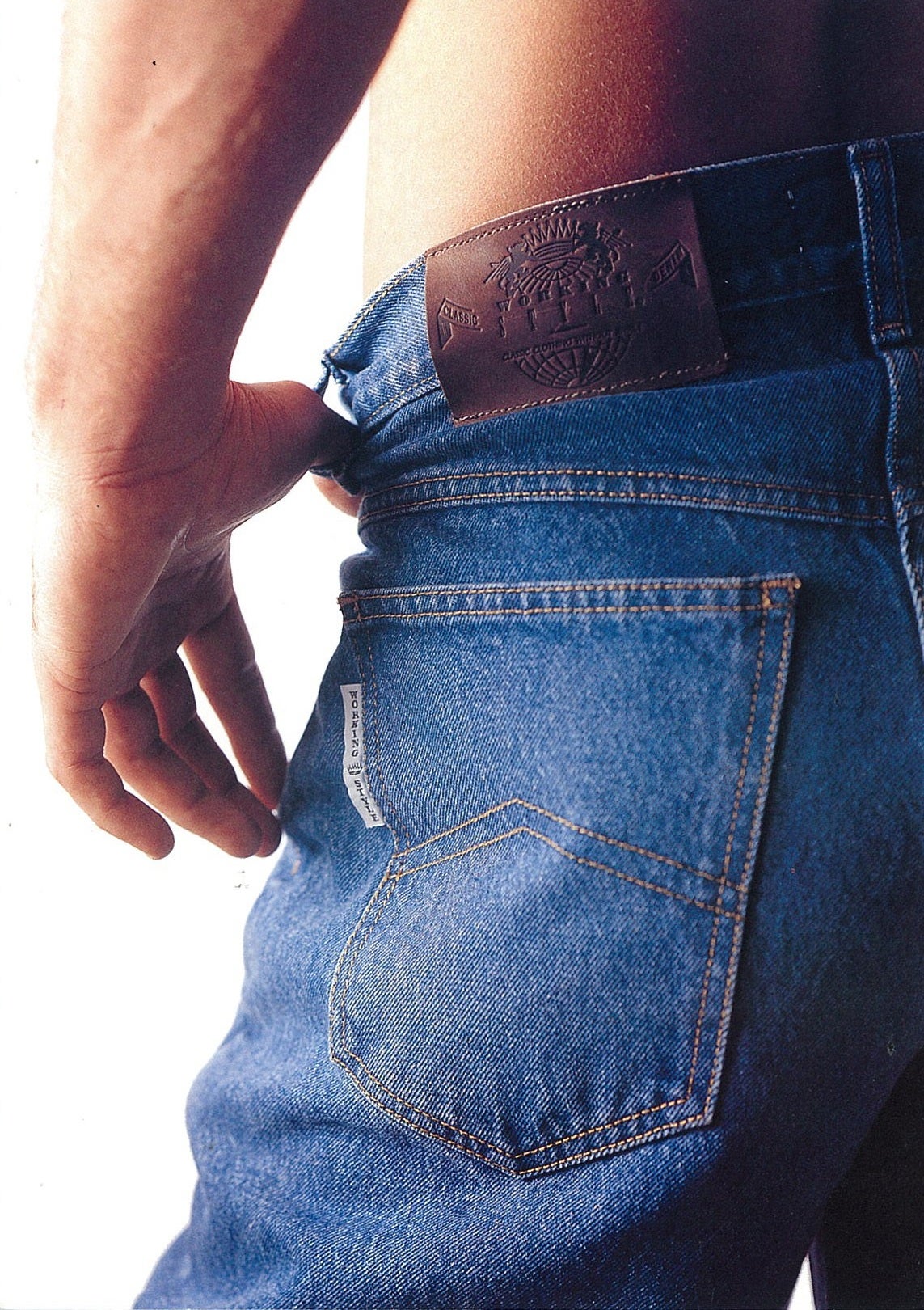 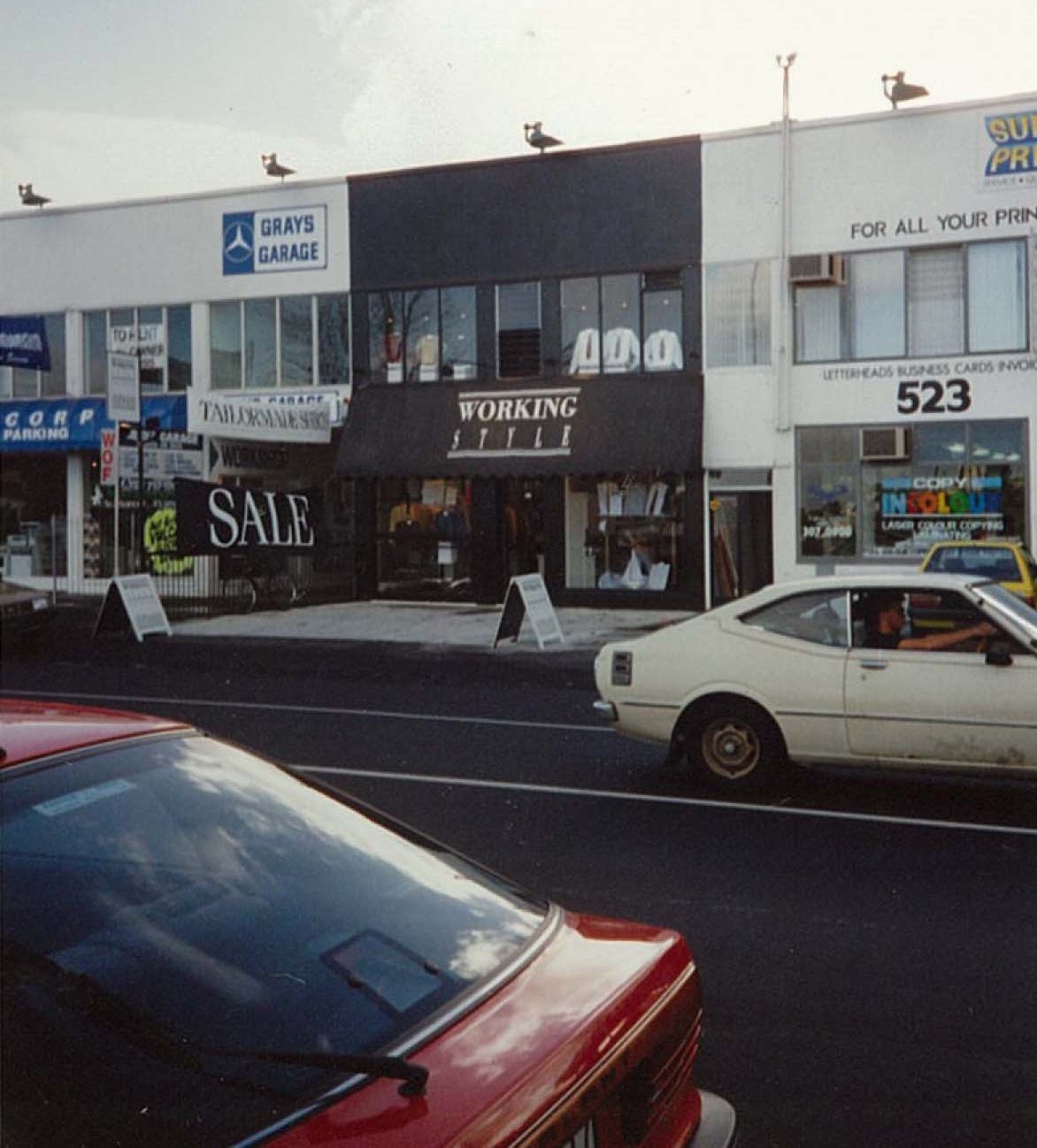 Ground zero - The Parnell Rd store in the late 80s. 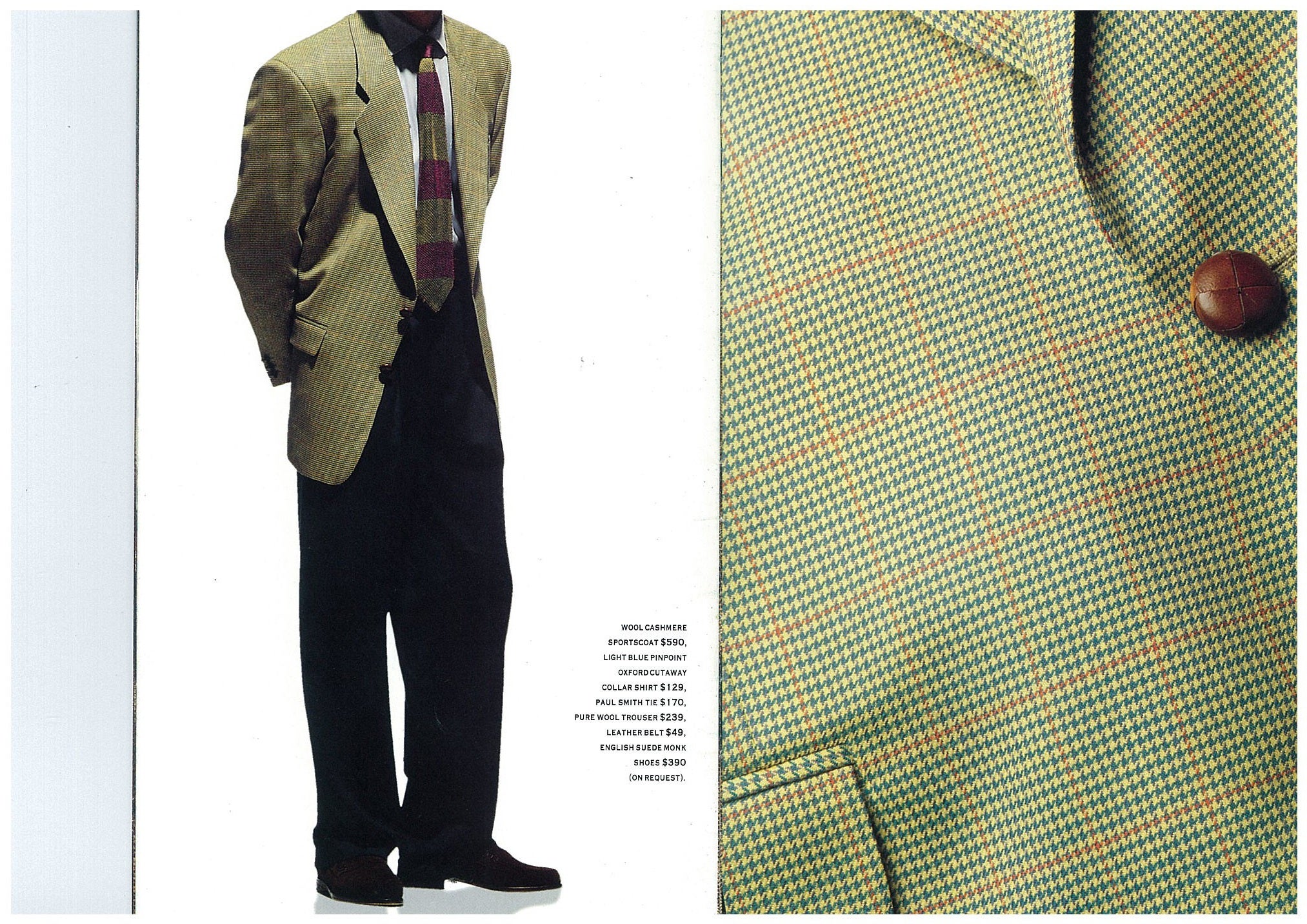 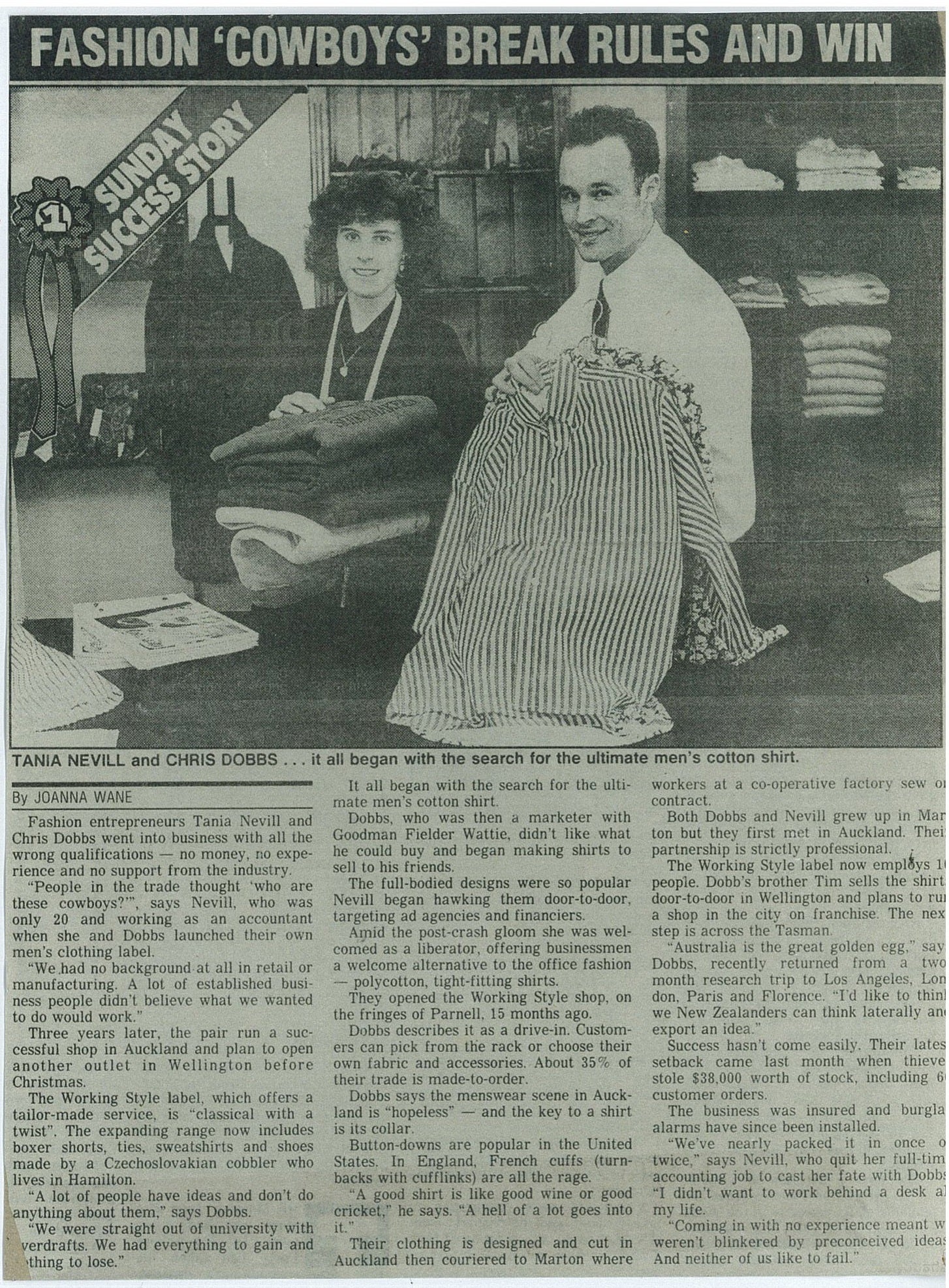 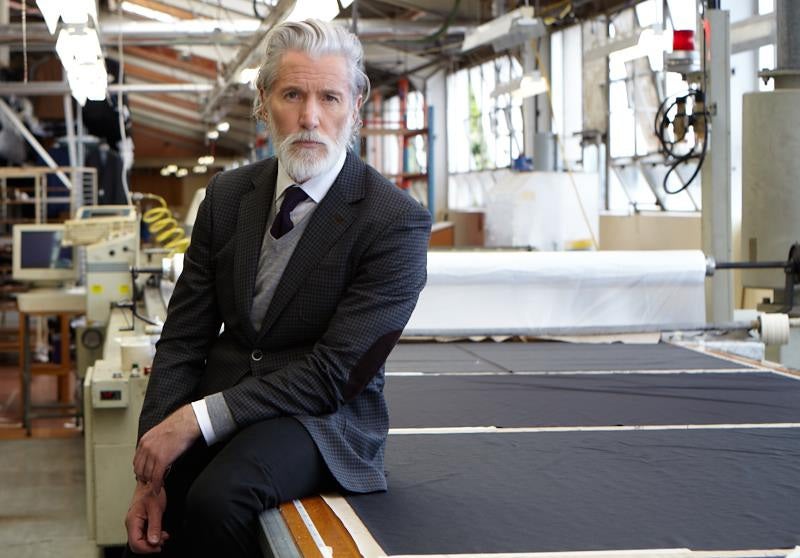 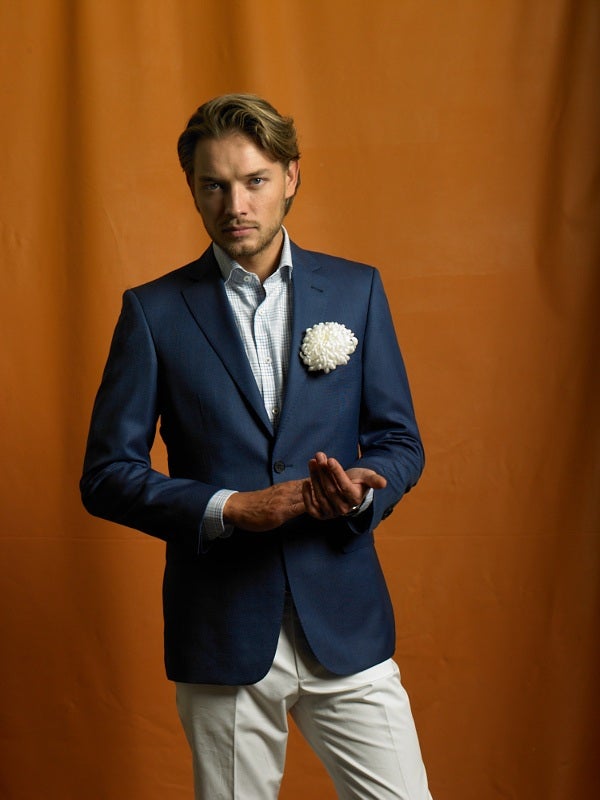 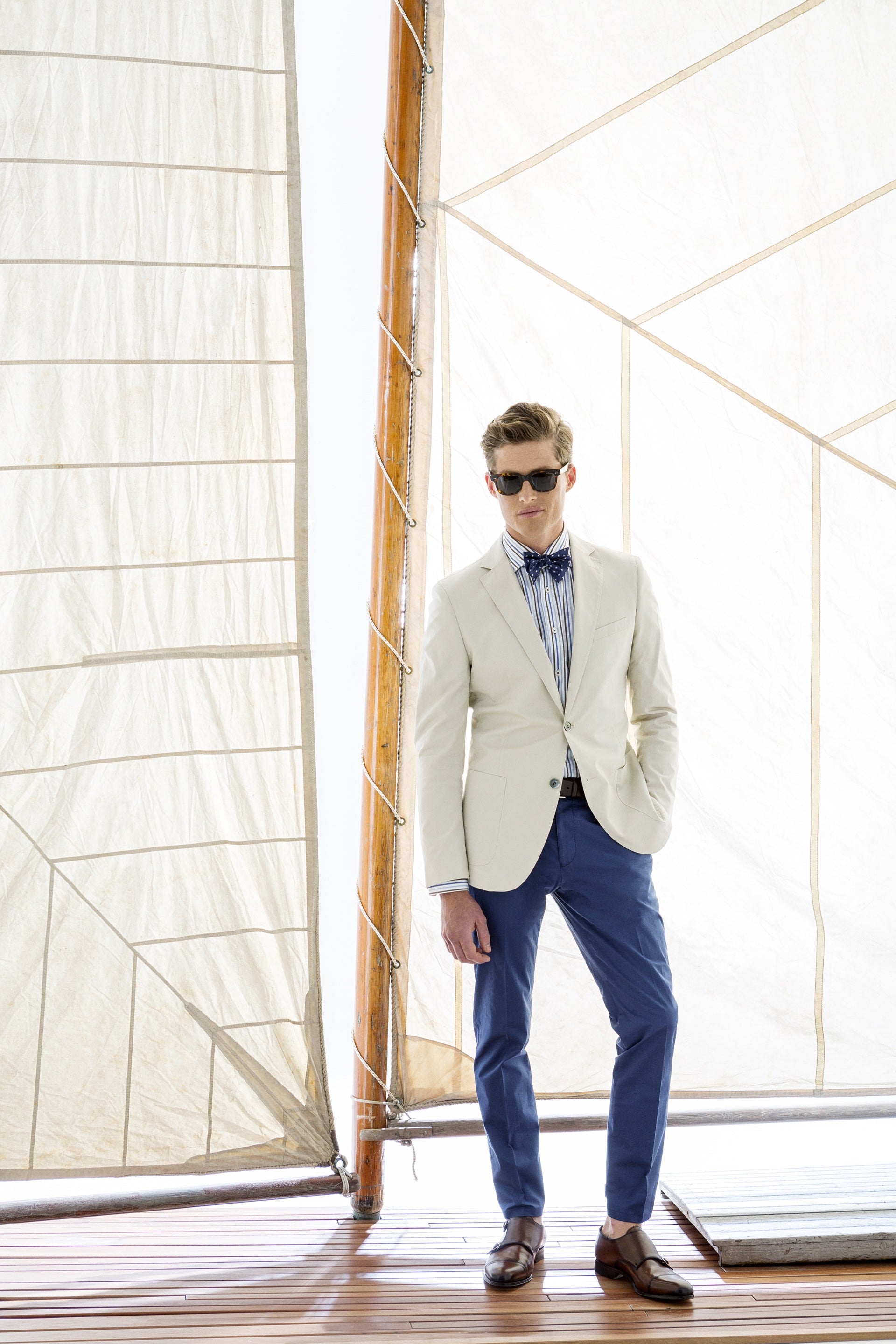 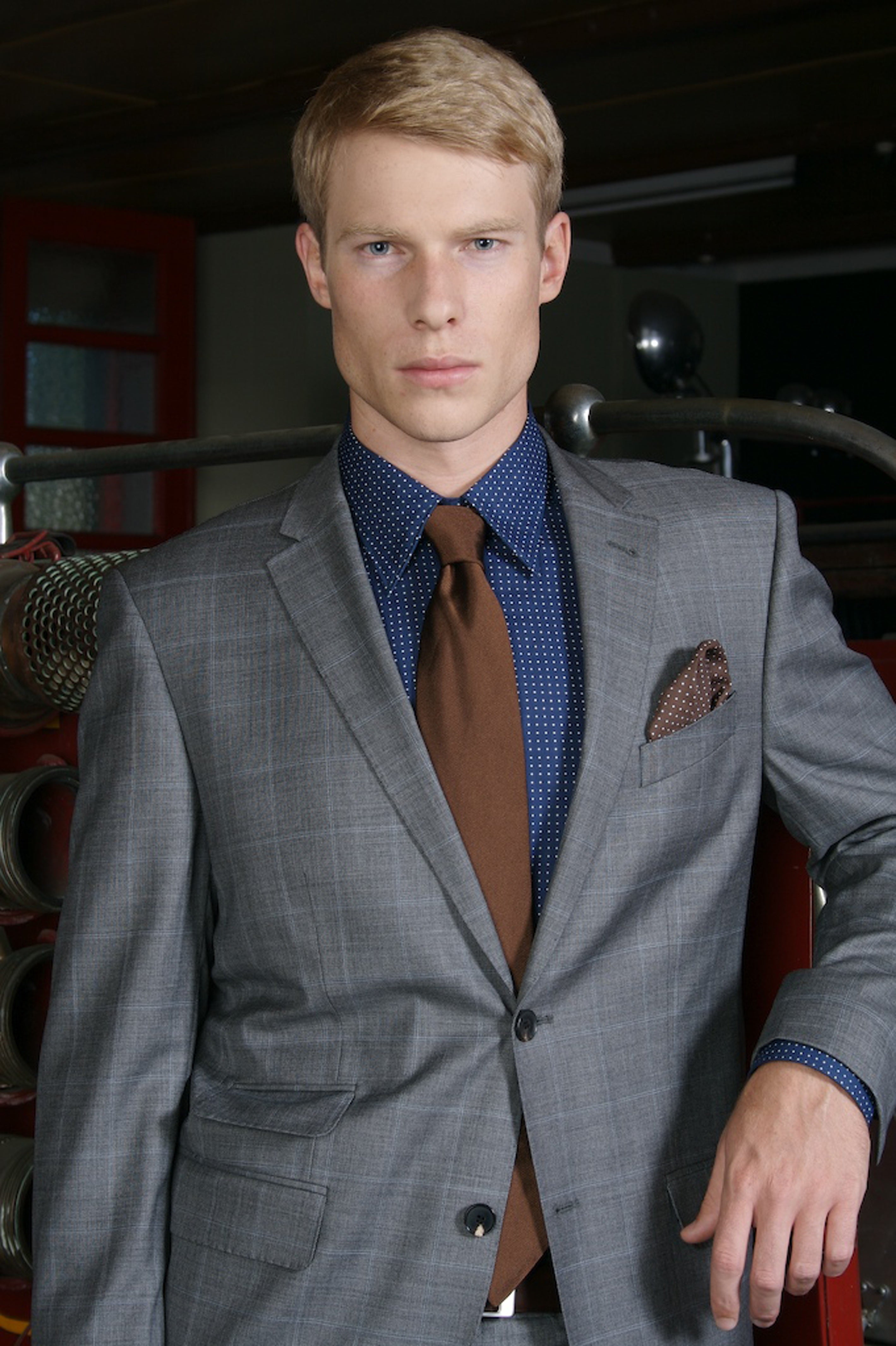 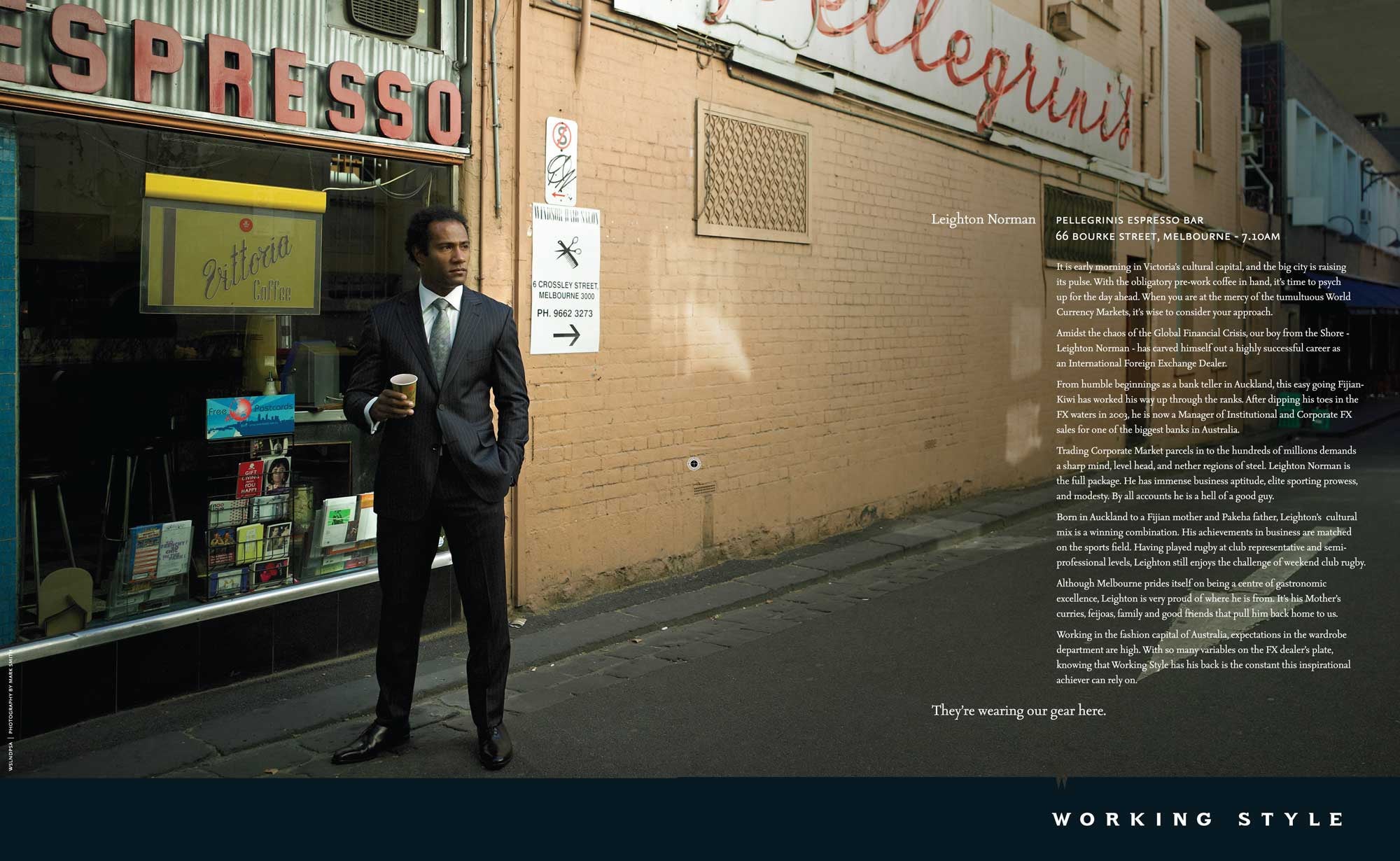 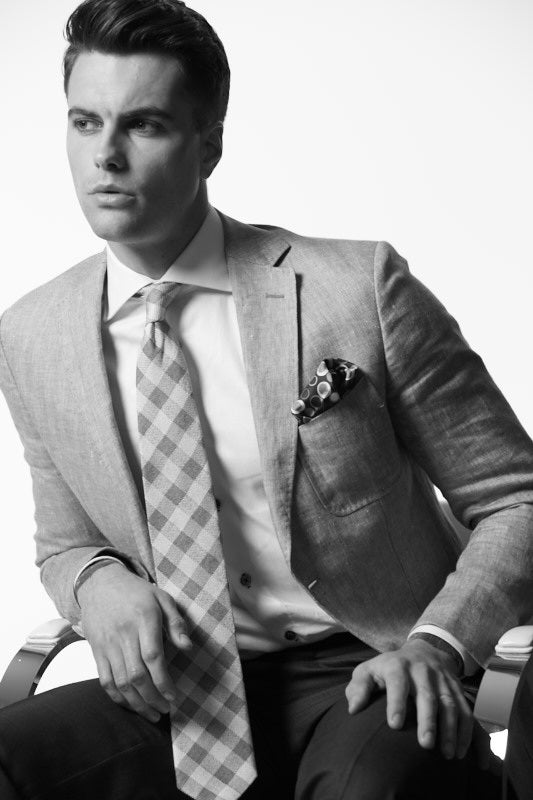 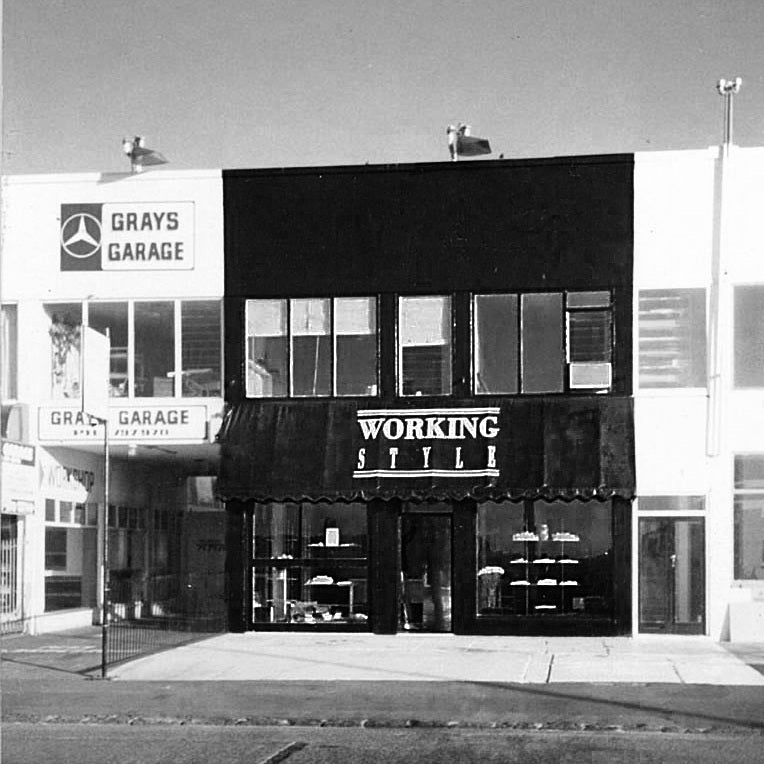 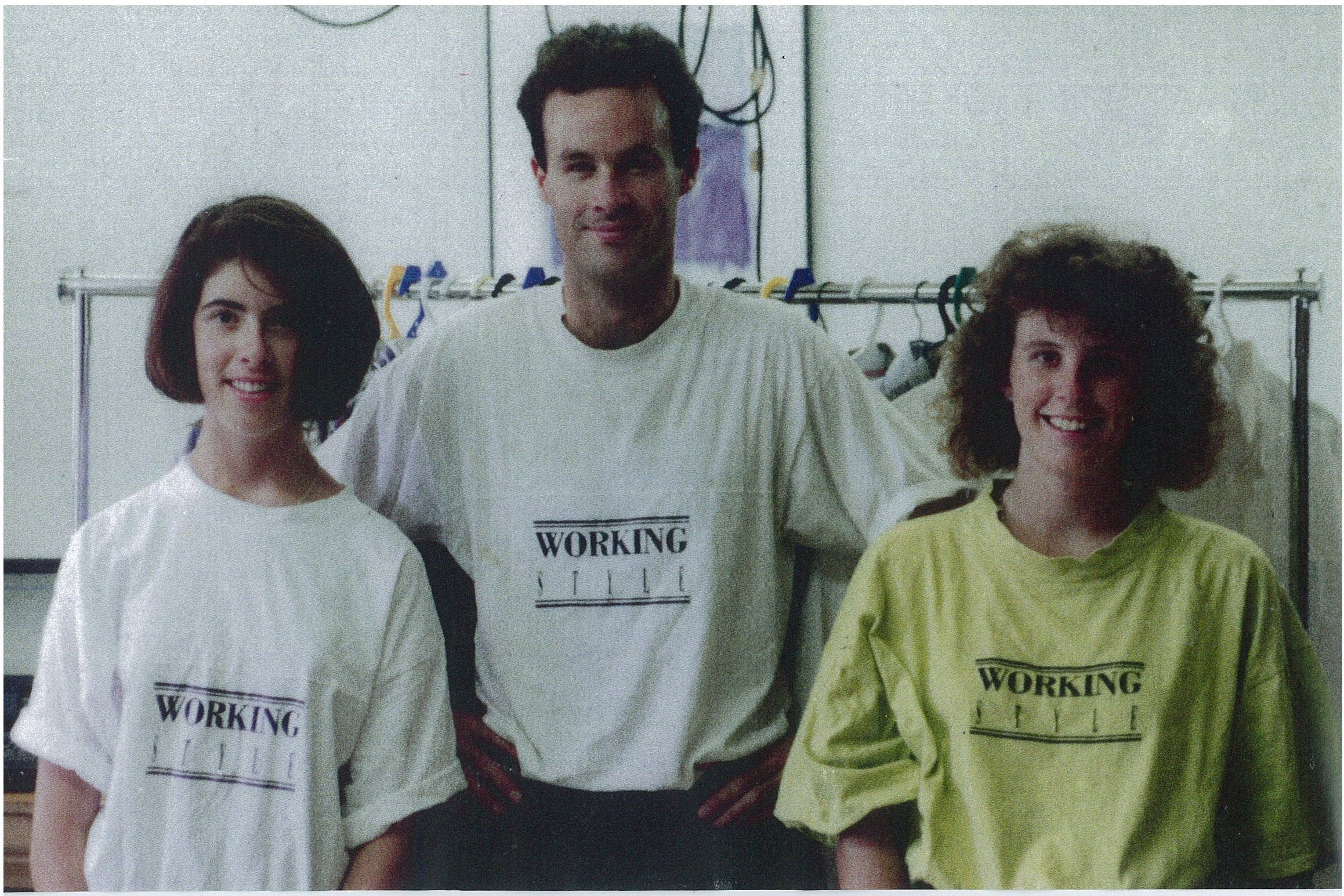 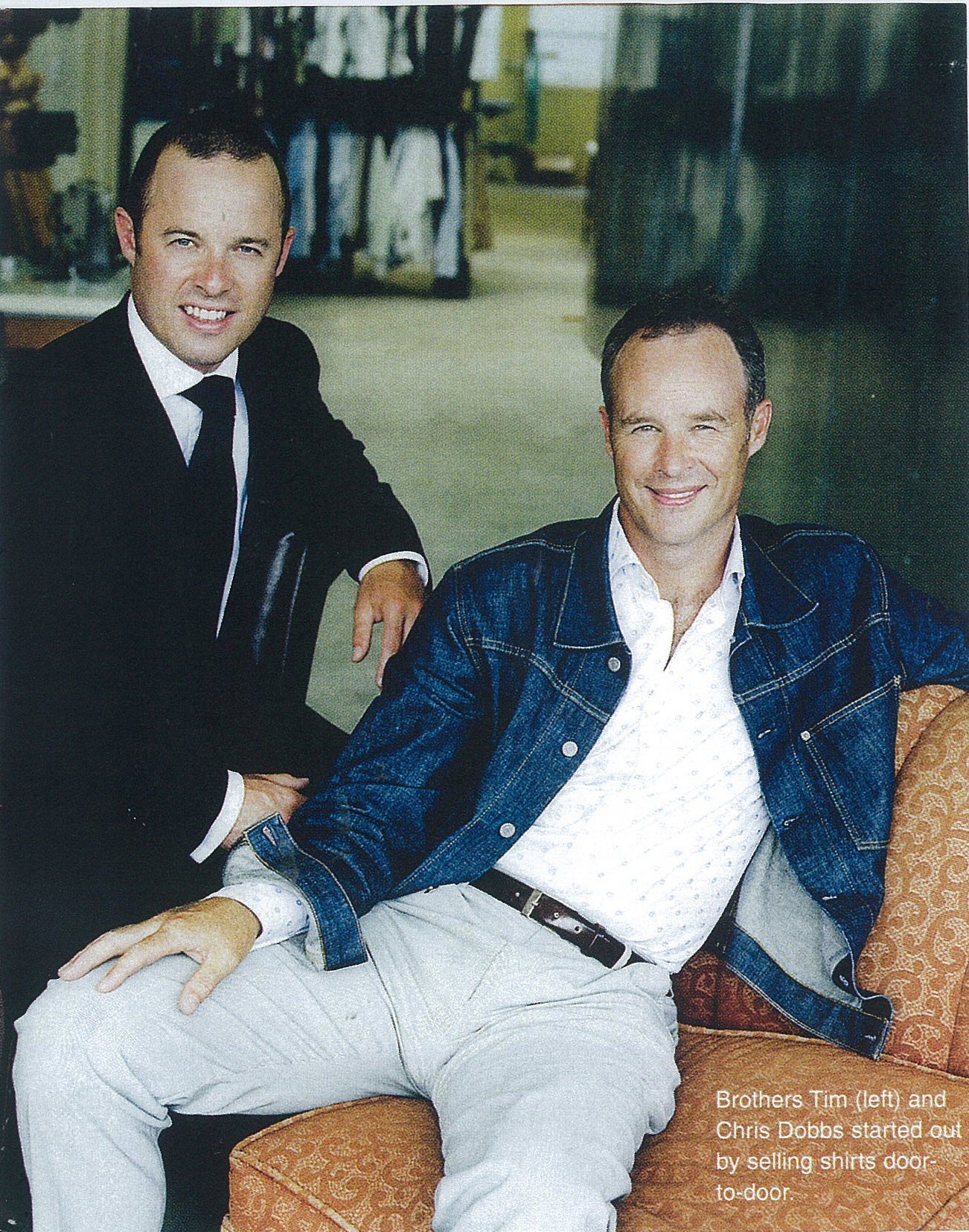 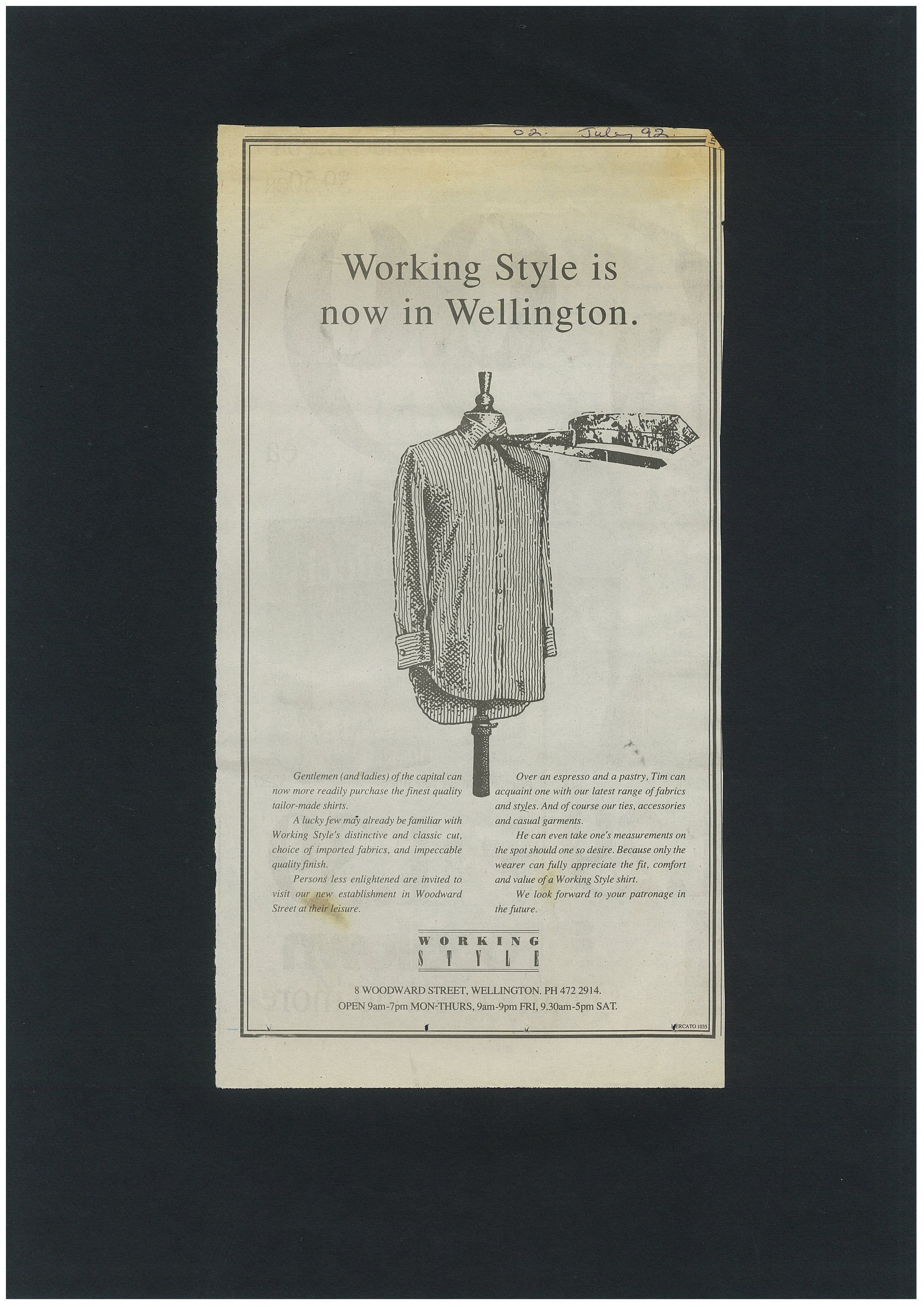 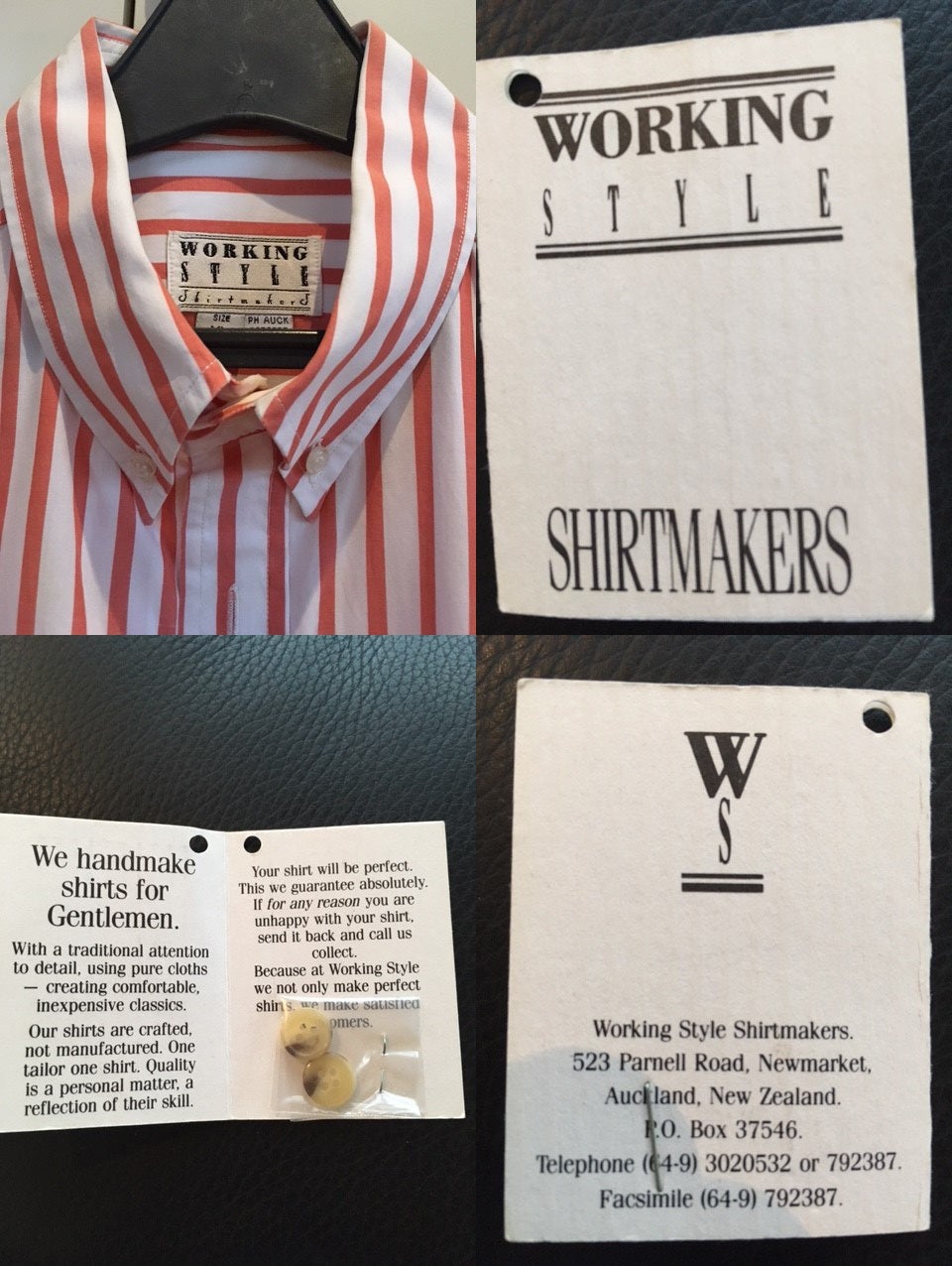 The final photos come courtesy of one of our most valued and long-standing customers. He collected this orange and white button-down Working Style shirt in 1987 to wear in job interviews during his final year at law school, even keeping some of the buttons and packaging to this day.

Of course, he got the job and we're thankful to be of service to him and everyone else during the past three decades. 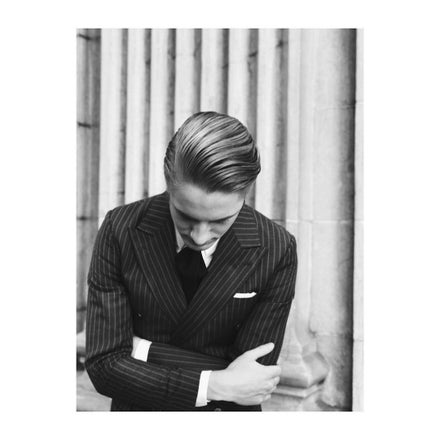 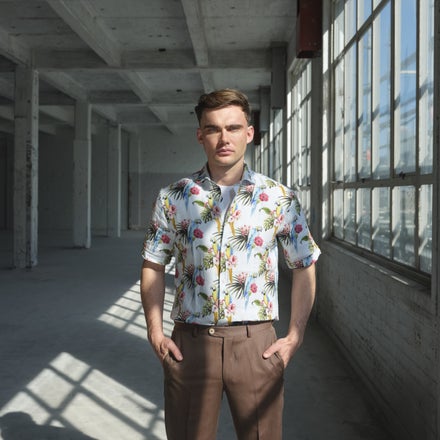 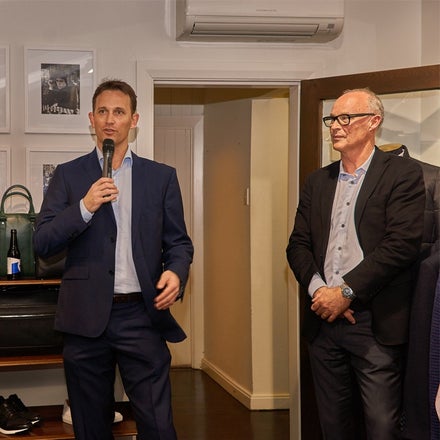 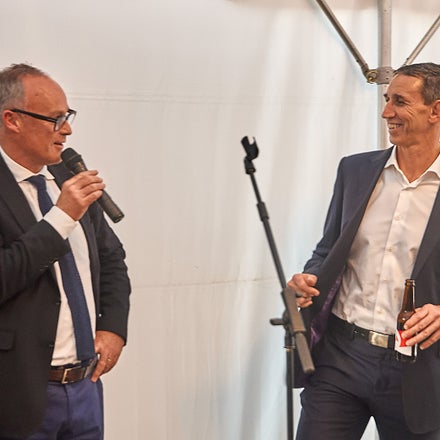